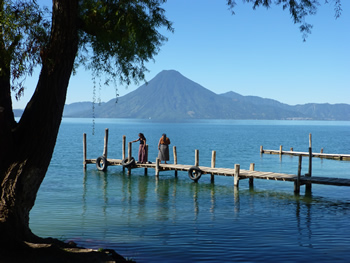 Guatemala, known worldwide for its natural beauty and its centuries old Mayan culture is, unfortunately, also known for its desperate poverty. Approximately 50% of the population is indigenous Maya for whom Spanish is their second language. 60% of the indigenous population is illiterate and only about 50% of rural children finish primary school. The lack of proficiency in Spanish and very little  formal education makes it difficult for parents to get ahead and to be able to help their children with schoolwork. Finding adequate work is difficult as well as access to healthcare. Guatemala ranks fourth highest in the world for child malnutrition.

The 36-year civil war was horrific for the indigenous Maya. This along with discrimination and poverty, present the indigenous Maya with many obstacles to overcome and many challenges to face. The Peace Accords were signed in 1996 and things have improved, but not so much in the rural communities. There is a great disparity between the achievement and the educational opportunities available for urban children as compared to Mayan children living in rural areas. And that divide grows even wider when comparing the education of boys and girls. Education is the most important component of what is needed in Guatemala, whether it is in the area of schooling, nutrition, healthcare, family planning, sex education, or gaining knowledge of what services are available. 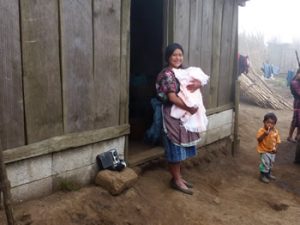 Many people (67%) live in inadequate housing with unsafe and unhealthy conditions and insufficient living space that affects learning and health. Houses are often pieced together with found wooden planks and have scrap metal roofs as well as dirt floors. Some simple improvements like cement floors, new roofs, and water filters can greatly lower common but serious illnesses like respiratory infections, pneumonia, and diarrhea which can have very serious consequences for infants and small children. Clean-burning, fuel-efficient wood stoves can reduce respiratory diseases, one of the leading causes of death of women in Guatemala.

As grim as all those statistics are we have seen how a little help can go a long way. Many schools with a nutrition program and family health education for the mothers have seen the graduation rate from primary schools rise to over 95%.

Most of the news about Guatemala is not pleasant- high crime rate, extreme poverty, corruption, inadequate healthcare and a poor educational system. One the other hand what we find are beautiful, humble, mostly indigenous people struggling to overcome their hardships just to put food on the table and send their children to school. Yes, there is crime and corruption but there is, as well, many, many people so deserving of a little assistance. This we can do! 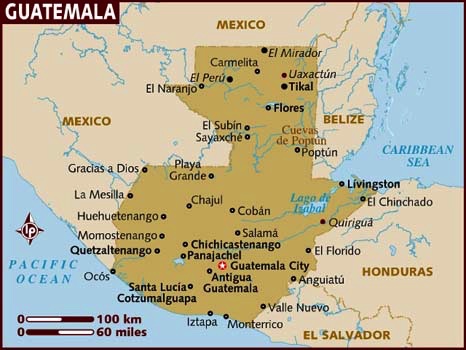 Reproduced with permission from “Map of Guatemala”, © 2018 Lonely Planet 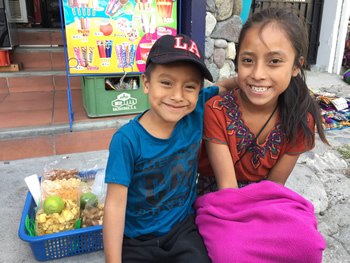 Tomas and Tomasa — One family did not send their two oldest children (Tomas, 9 and Tomasa, 11) to school for two main reasons. They needed them to sell nuts and souvenirs to the tourists on the street to contribute to the family income, and they did not see the value in sending their children to school. After a year of our talking to the parents about how important school was and arranging for sponsorships that would cover the costs of school uniforms, books, and other educational materials for the children, they are now in school and doing well. But the biggest success is how the parents have changed their attitude about sending their children to school once they understood the benefits. And now their 6-year old is in school also! 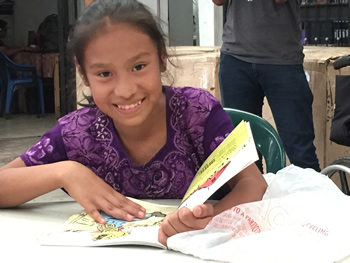 Nellie and her Family — There are four children in Nellie’s family, plus the mother and father. The six of them live in a one-room house with a dirt floor with plastic and cardboard covered walls to prevent the wind and the weather coming in. The house is damp and the children are often sick, especially the youngest, who is 7 years old, with severe respiratory problems that frequently keep him from going to school. The children are extremely intelligent and the parents are incredibly motivated to keep their children in school. However, their biggest stumbling block besides economics is inadequate housing. 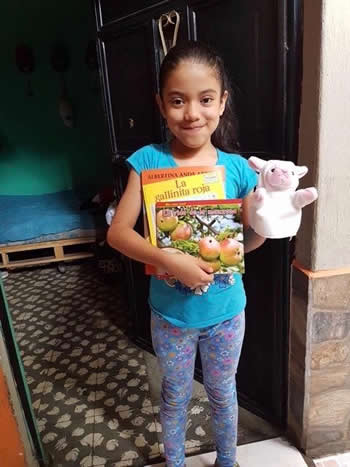 Melany — Melany is a beautiful and happy 9 year-old who doesn’t like to smile much these days because her teeth are growing in crooked. She’s very artistic, loves school, and always receives excellent grades. However, last year she missed quite a bit of school because she had pneumonia. After having pneumonia, she developed asthma. She was having trouble breathing and missed more school. Her mother could not afford the medicines and the inhaler that the pediatrician at the clinic prescribed. Then thanks to a donation of $300, the mother was able to obtain the medications that Melany needed. Three months later, she was strong and healthy! She returned to school, but she’s still not smiling. 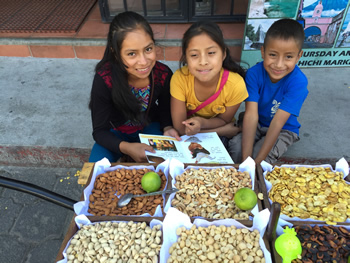 Carmen — The value of sending a girl to school is not readily seen in many small villages. However, Carmen’s parents allowed her to go to school until she finished 3rd grade. At that point, she had to leave to work in the fields with her parents and to help with the care of younger siblings and household chores. When she was 16 years old, she begged her parents to allow her to return to school. Her dream was to learn how to read and write and to finish 6th grade. They didn’t approve, but let her go as long as she still worked and helped at home. Her 6th grade teacher told her parents that she was very smart and should continue. They were not supportive, but she managed to finish high school (while still working). She is now 29 years old and will soon graduate from the University and at the same time has a good-paying job (because she was able to get an education) and helps support her family!

Guatemala is one of 7 countries in Central America. It borders Mexico’s southern border.

In physical size it ranks number three in C.A. behind Nicaragua and Honduras. It is the largest country in C.A. in terms of population with an estimated 17 million inhabitants in 2018. Its capital, Guatemala City, is the largest city in C.A. with approximately 5 million people in the metropolitan area. Guatemala is the fastest growing population in the Western Hemisphere.

The total fertility rate (births per woman) is 3.2.

Guatemala has by far the greatest percentage of indigenous inhabitants, nearly 50%, which puts them just behind Peru and Bolivia.

While Spanish is the official language of Guatemala there are 21 distinct indigenous languages spoken throughout the country. Often Spanish is not spoken in the homes in rural areas.

It is estimated that over half the population lives below the poverty line and as much as 20% live in extreme poverty. Guatemala ranks 4th in the world in childhood malnutrition.